Our shower was fitted before we moved in to our current home, and so we have no idea who made it or if replacement parts are available. Unfortunately, that means that when a piece breaks, there's not a lot we can do about it.

That is, until I got myself a 3D printer.

The two sides of the shower are - or were - connected by a plastic piece. It's curved, with a ridge on the top and a couple of protruding ends to slot into the shower sides. It was one of those that broke.

You can see the original in the photo below, with its arm missing. 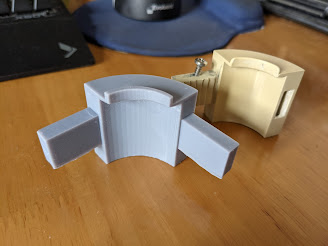 Of course, once you have a 3D printer, a problem like this just becomes a matter of designing and printing the replacement piece yourself, so that's what I did.

I used tinkercad (and the design is public, on the off chance someone else needs this one day), and it's perfect for jobs like this for a CAD beginner like me, where the part is not terribly complicated. 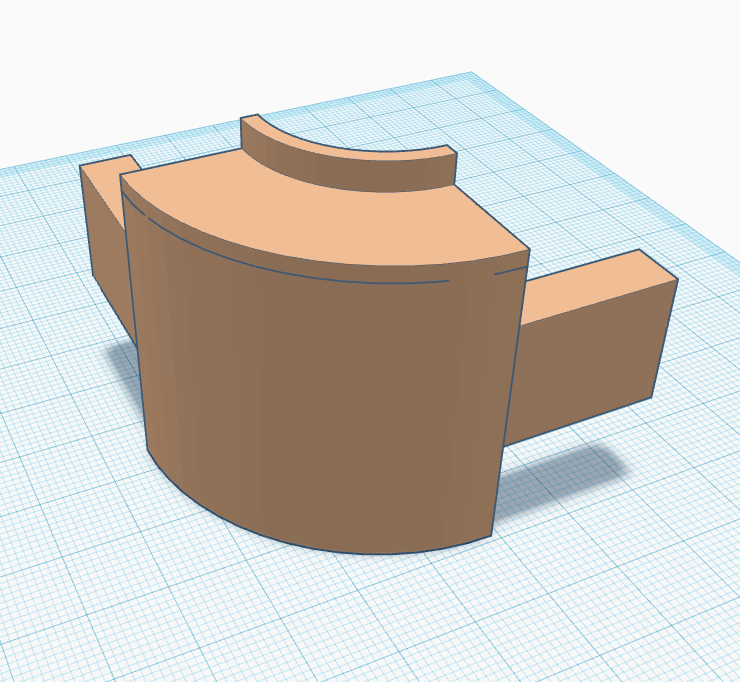 The print went smoothly, however my first attempt used the water-washable resin from Elegoo, and that might be a bit too brittle. The piece fit the shower just fine, but snapped in the same way as the original three weeks later.

The second attempt, pictured above, used the Elegoo ABS-like resin, which is supposed to be more flexible and therefore less brittle. That was far more successful, and has been in place for four months now, with no signs of fatigue or stress. 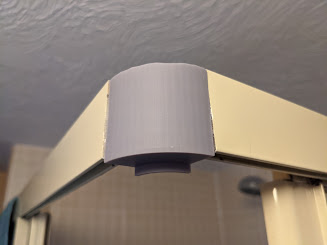